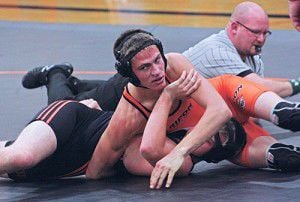 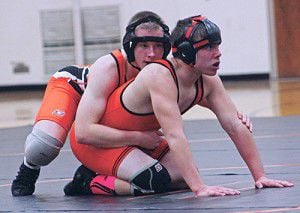 While it is still early, it appears that the Ripon High School wrestling team is wasting no time picking up where it left off last season.

The Tigers cruised to a second-place team finish in the Lomira Multi-Duals last week Saturday.

They not only finished with a 4-1 record, but crushed many of their opponents rather handily.

“The overall aggressiveness of the team was very high over the weekend,” Ripon head coach Jared Esala said. “As a whole, the team seemed to be [dissatisfied] simply beating opponents by points. The team was striving to collect back points and pins.”

Even in the Tigers’ dual loss, Esala was pleased with the effort.

“It was an extremely good dual to be part of,” Esala said. “With only three matches remaining in the dual, Lomira had a 27-30 lead.

“Lomira is a very talented and well coached team. We had three seniors out of the line-up with injuries, and the rest of the team did their best to pick up the slack.”

Read the full story, which includes information on some of the individuals who shined as well as a 63-17 dual victory over Clintonville last week Thursday, in the Dec. 12, 2013 edition of the Ripon Commonwealth Press.